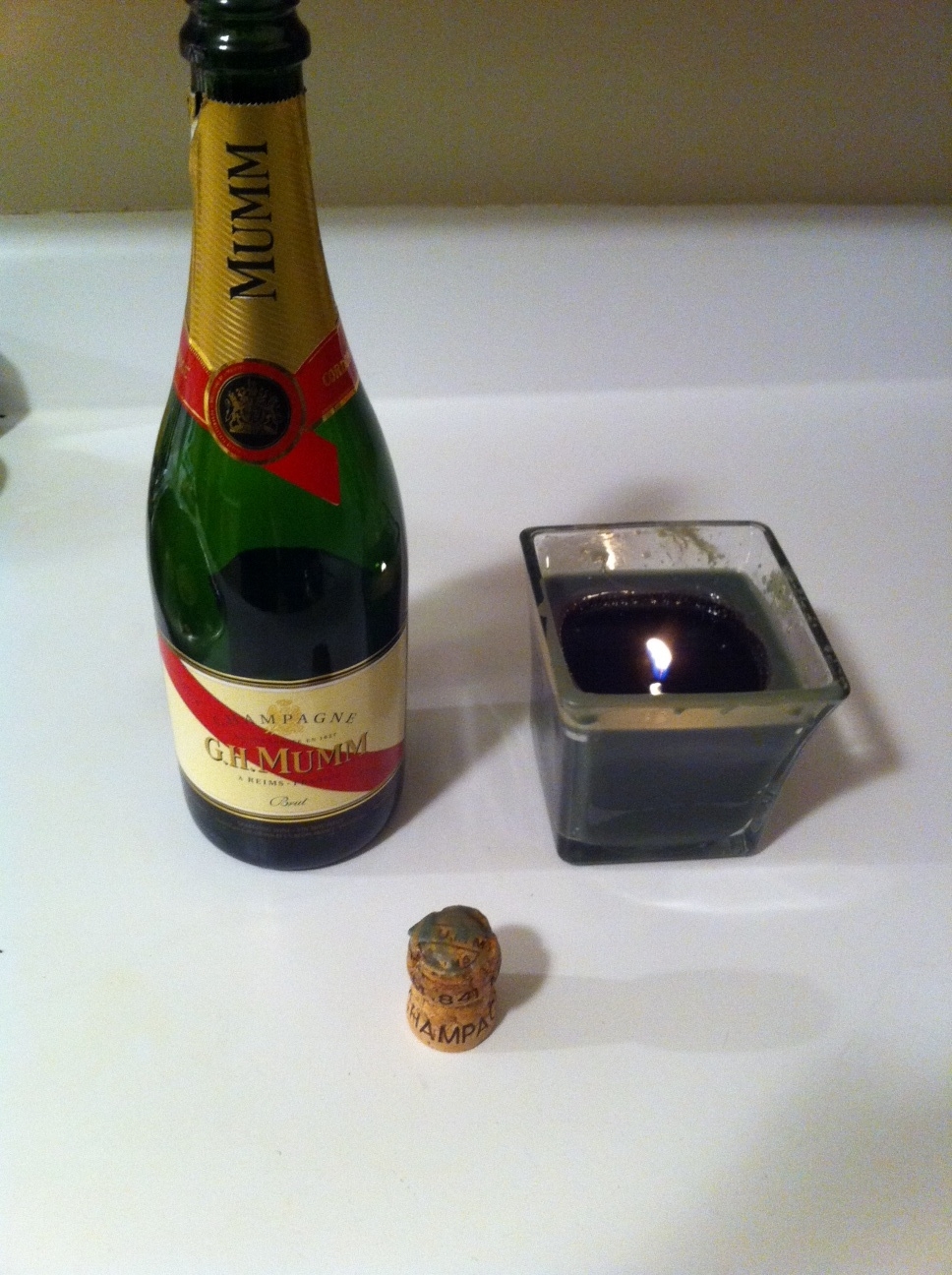 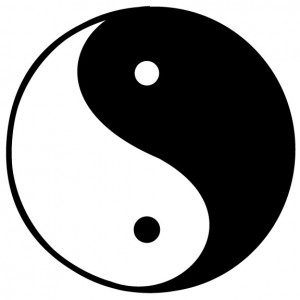 First to clarify, I am once again using my boyfriend’s account…just so there is no jokes.

This menu for two, inspired by the attraction of opposites, comes just in time for Valentine’s Day.

When trying to plan a romantic dinner a few months ago, my boyfriend and I were trying to divide up the work and come up with a theme for our meal at the same time. We wanted the dishes to be reflective of our relationship and our respective personalities. In many ways we are very different with him being a fiery Aries and me an airy Libra – a real life “Men are from Mars, Women are from Venus”. But how would this translate to a menu? Other dualities came to mind such as hot/cold, light/dark. And then it came to us with Yin and Yang, the Chinese philosophy used to describe how polar or seemingly contrary forces are interconnected and interdependent in the natural world and how they give rise to each other in turn. Now, would he prepare 2 yang dishes (associated with masculinity) and I prepare 2 yin dishes (symbolizing femininity)? No, it was decided that we would each prepare 2 dishes that had both components.

And so this Yin and Yang Menu was born. Each course is a contradiction. Each is comprised of opposite and equal qualities, the blending of which should achieve a delicious balance of flavours. I quickly claimed soup and dessert, leaving appetizer and main to the clearly more creative of us. Feeling a bit guilty, I also offered to create a cocktail. 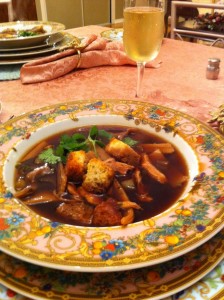 This soup is simple, quick to make and bursting with flavour. It was ideal to wake up the taste buds and get them eagerly awaiting the next course. He loved this. If only he were always this easy to please. 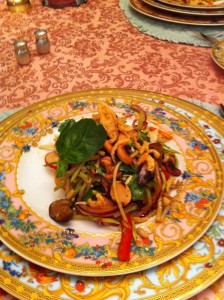 The tangy kick of the dressing was the perfect compliment to this light, refreshing salad. Wasabi paste and the jalapeno pepper are the secret weapons here. The fried onion crisps were an unexpected garnish but worked really well. 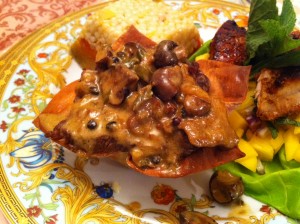 This part of the main course was pure decadence. The sauce was insanely rich and turned this beautifully done steak into a mouth watering winner. Presentation in the wonton cup was a nice touch and highlighted the disparity between the meat portion and the fish which was served in a lettuce cup. My favourite of the entire meal! 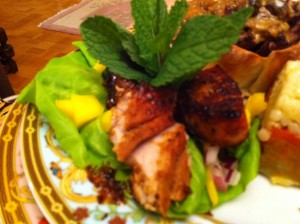 This lean, meaty textured fish is very popular in Asian cooking. It’s buttery taste and firm texture stands up well to the hoisin glaze. The fruit salsa was both sweet and spicy – an ideal pairing to the sweet, salty bass. Together, they were delicious. A bit of trivia here – Most black sea bass are hermaphrodites, functioning first as females and then as males. That brings a whole new meaning to “contrary forces giving rise to one another”, doesn’t it? 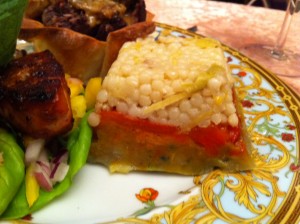 The red pepper gelee symbolizes the passion between the light (feminine) couscous and the dark (masculine) lentils. While it contributed to the yin and yang theme perfectly, it was a pain to shop for (where do you get your Isreali couscous?), painful to watch being prepared and even more painful to actually prepare. The recipe was also flawed so that the $17 worth of walnut oil that it called for was never called for. Grrr.. He used a couple of tablespoons anyway because…well, it was there. Although the flavour was unique, it was generally decided to not have been worth the effort. The sentiment was much appreciated though! 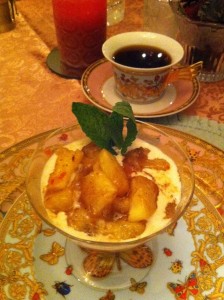 Fire and Ice is another way to say Flambéed Chilli-infused Pineapple and Banana over Praline Ice Cream. You can’t go wrong with flambéed fruit and ice cream but the chilli and pineapple combination had our taste buds confused and delighted. at the same time. This dessert was the star of the show. 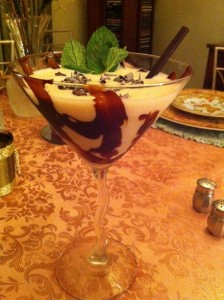 This dessert martini comes highly recommended instead of dessert, not with it. It looked beautiful and was delicious. Although it was not as heavy as you might think because the light evaporated milk foams up when shaken with ice, it should be served as a dessert substitute for all but the sweetest of teeth.

Surprisingly, the dishes led from one to the next in a fairly complimentary way despite having little in common except the yin and yang theme. This may have been because we left a lot of time between courses and generally made it a day of cooking and eating rather than one sitting. If you enjoy cooking with your sweetheart, we hope you love making these recipes as much as we did. We recommend a cold bottle of Mumm champagne to sip away at while you clean, chop, pour and stir. Just be careful that the cork doesn’t ricochet off the ceiling and into a burning candle. Cleaning wax off every surface of your kitchen can set you back the best part of an hour. 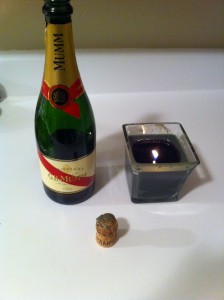