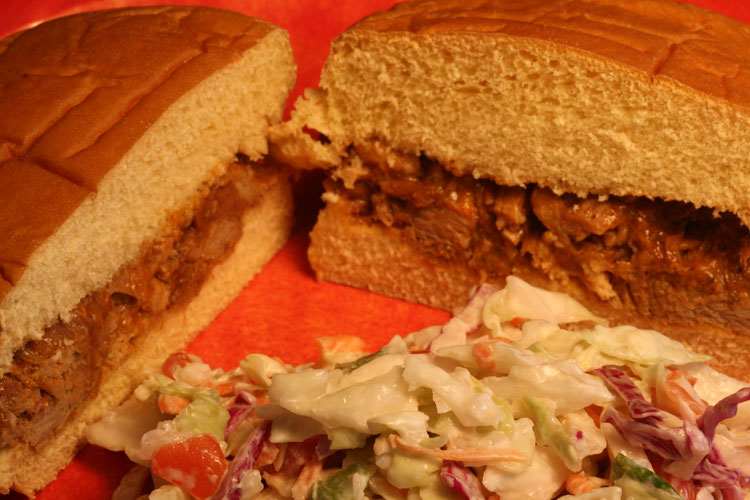 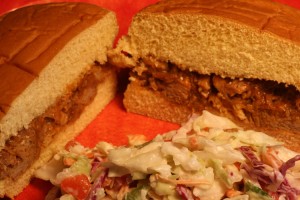 Pork and a slow cooker appears to have become a match made in heaven in my kitchen. Since my posting for slow cooker ribs I have become amazed at the recipe possibilities with a slow cooker. For memorial day this year I wanted to have pulled pork barbecue, but I also wanted a traditional and non-traditional flavor. My reputation would be ruined if I did not put some sort of twist on things. An idea to make a spicy island pulled pork began with a bottle of Tortuga Caribbean Hell-Fire sauce sitting in my refrigerator. From there it was research into pulled pork recipes and island flavors. The result was a spicy, pulled pork taste sensation. As our guest lined up for pulled pork the regular version got limited notice while this recipe was gobbled up. I used lime, mango and orange for this variation. Next time I might add some pineapple for some more sweetness. Give your friends some spicy island flavor with this recipe. Perfect for your summer beach party.

1. Mix the spice rub ingredients together until well blended. Remove all excess fat and moisture from the pork. Coat the pork completely with the spice rub.

2. In a large iron skillet heat the oil and then brown the pork on all sides. Remove the roast from the skillet and put into a slow cooker.

3. Mix all remaining ingredients in a medium bowl. Put the mixture into the slow cooker and cook on high in the slow cooker 7 hours or until meat is done. Remove roast from slow cooker. Shred with a fork or by hand and set aside. Use an immersion blender to break the large solids that remain in the slow cooker. Return the pork and the sauce to slow cooker, and toss to evenly coat keeping it warm on the low setting. Serve on rolls.

Notes: If the sauce is thin, remove it with a ladle and boil down in a saucepan until thickened. You can cook the pork on the low setting adding about 3 hours.

Any hot sauce with habaneros should work for the flavor.