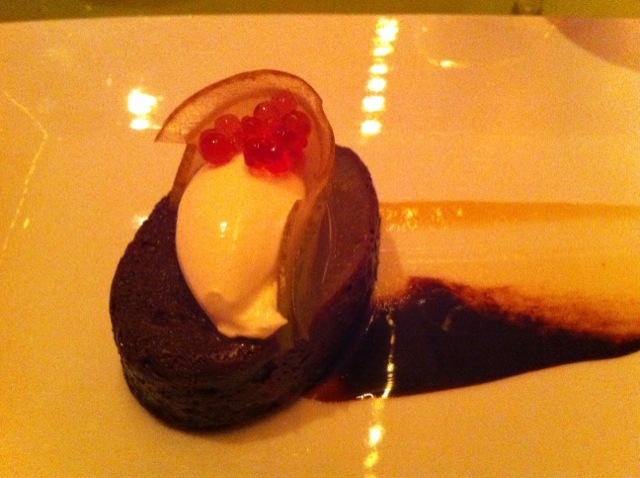 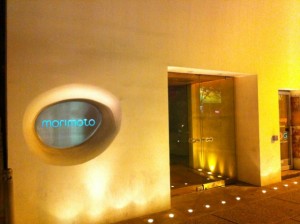 Earlier this fall, we had the opportunity to take a short trip to Washington DC, traveling down from Canada through the northeast US.  As one of us was a relative neophyte to American History we thought it might be a good idea to overnight in “Independence City”…otherwise known as Philadelphia.  We had some trepidation of this stopover as the “word of mouth” was not overly flattering about the City, including one reference to “Filthadelphia”.  However, we were pleasantly surprised when we arrived on a sunny autumn day and checked into the “Sofitel Hotel” in the Rittenhouse District.  The City was clean and the people we met during our visit were both friendly and courteous.

Anyway, the point of this blog is a review of the restaurant we visited during our stopover.  As the trip was linked to one of our birthdays, the evening was pegged as the celebratory dinner.  After exploring the web for restaurant reviews, it is clear that Philadelphia has many high calibre restaurants but we couldn’t ignore the strong recommendation of an epicurean colleague and kept gravitating back to “Morimoto’s”.

Better known as the “Iron Chef”, Masaharu Morimoto teamed up with local Philadelphia chef, Stephen Starr to open his first restaurant in Philadelphia in 2001.  Since that time, he has opened 3 other restaurants in New York, Napa and Waikiki.  If you don’t know Morimoto (which would surprise me if you are reading blogs on a food website), you can read more about him at:

So back to this blog… the traveling party was made up of a huge seafood fan and a true land-loving carnivore.  We both had a look at the website and had our own hesitation about the restaurant.  For the carnivore, the seafood/fish dominated menu was somewhat daunting and for the seafood fan, the pictures of the chic modern design conjured visions of an uncomfortable seat and a clinical setting; so the decision to try Morimoto’s was not, at first a foregone conclusion.  However, with us both being avid cooks and lovers of fine dining we felt it was an opportunity we just could not pass up so she booked us in for dinner.

Upon arriving at the restaurant, we were immediately struck by the modern and relatively cold façade.  However, once we entered the restaurant the cold feel gave way to an equally chic yet warm surrounding.  After introducing ourselves to the hostess, we were somewhat surprised to learn that we were “quite early” as we had thought we were late.  She clarified that the reservations that were made by the birthday girl (yes, I know…I know) were for the week following…oops!  To the restaurant and hostess’ credit they were able to accommodate us and make us feel completely welcome.

Arriving at our table, we were awed by the depth and variety of colour in the restaurant.  It seemed to wrap itself around you in what could otherwise have been a cold, hard modern decor.  Over the course of the evening, the colours of the room would change, continually altering the mood of the room and seemingly following the sensations from our dining experience. 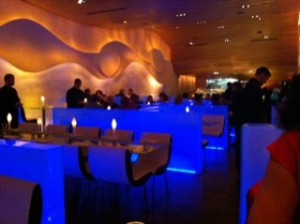 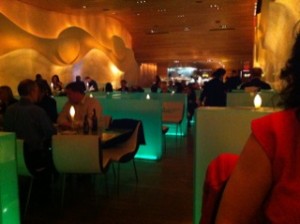 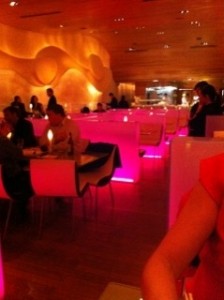 For a pre-dinner drink we had a lychee cosmopolitan (lychee, smirnoff vanilla, cranberry juice) and a Morimoto’s Imperial Pilsner.  The cosmopolitan was light, refreshing and a delightful start to the evening.  The beer was golden in colour with a strong hop aroma and taste.  Its bitterness cleansed and prepared your palette for the evenings culinary adventures.  For those of you out there that do not enjoy a bitter beer you would best pass on this one and try one of his wide selections of gourmet Sake. 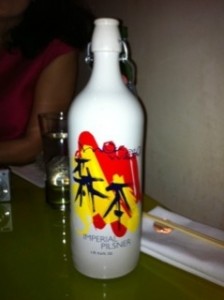 As we enjoyed our drinks, we scanned over the menu and quickly realized that the array of Sushi and traditional Kaiseki cuisine was somewhat intimidating for the average North American diner.  As we wanted to try the full experience, we settled on the “Morimoto Omakase” – a Chef’s Choice of a multi-course (8) tasting menu paired with a “Beverage Omakase” – a

Chef’s choice for wine and Sake pairing with each course.  The Omakase has low, mid and high price ranges to help fit the meal to one’s pocket book.  We opted for the higher priced food option and the premium wine/Sake selection.

The carnivore sat sipping his beer with mild concern of the culinary path ahead.  With names such as Toro Tartare, Vichyssoise, sashimi and sushi, it took all it had in him not to pull out his Iphone to prearrange a delivery of pizza back at the hotel.  However, as the night unfolded with the arrival of each course and pairing an entirely new appreciation of the sea emerged.

Overall, the experience was amazing, easily a 5 star rating.  The food, service and ambiance were in sync and provided an incredible evening.  While not light on the pocket book, as one would expect for a Michelin Star quality restaurant, the evening was worth the adventure. Would we go back?  Not really sure…while it was a culinary extravaganza that is difficult to describe, the cost is somewhat prohibitive and there are so many other restaurants to try.  Would we recommend it? Absolutely…it is a must for anyone that enjoys new and exciting culinary adventures. 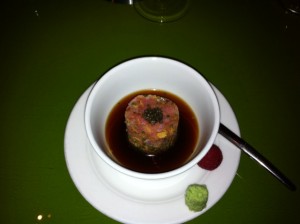 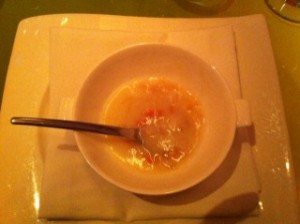 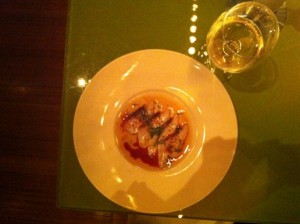 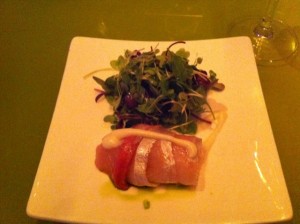 Comment: These four courses were unlike anything we had ever had before and with the Toro Tartare being the clincher to introduce the true meat eater to the wonders of high-end cooking from the sea. The flavours were new and exciting. We were in heaven and thinking we were having the best meal of our lives. 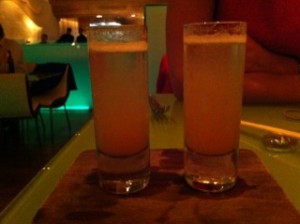 Comment: After an intermezzo of Melon/Mint Soda to clear the palate, there were three more main courses and a dessert. These were all delicious, but the flavours were not as unique and in that respect, we felt it failed to compare the first part of the meal. Still, we would not complain as the quality, freshness and tastes were all excellent. 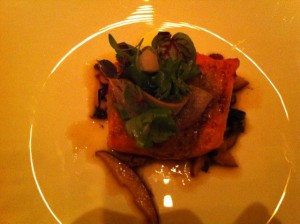 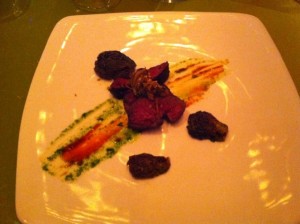 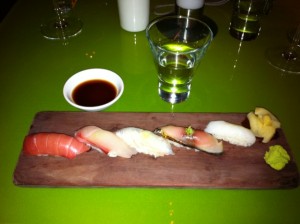 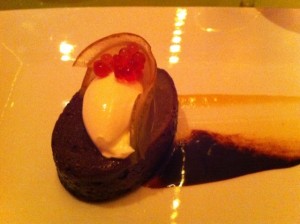 Comment: The wine pairings were absolutely perfect with choices that included light whites to complex reds to extraordinary Sake. It was the finest wine pairings we’ve experienced and overall it was a beautiful evening and wonderful celebration.