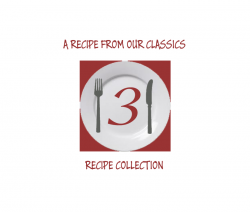 HERBED CHEDDAR PITA CRISPS: Arrange the pita pieces close together, rough sides up, on 2 large baking sheets. In small bowl combine well the sage, thyme,salt and pepper, sprinkle the mixture over the pita pieces and scatter the cheddar on top. Bake the crisps in a preheated 375F oven for 12-15 minutes or until they are golden. Makes about 1/4 pound.

PARSNIP SHOESTRING CRISPS: In a food processor fitted with the fine julienne disk, cut the parsnips lengthwise into strips. In a kettle fry the parsnips, a handful at a time in 1 1/2 inch of 375F oil for 1 minute or until they are golden brown, and transfer them with a slotted spoon to paper towels to drain. In a small bowl combine the celery salt, the dill and the pepper, sprinkle the mixture over the parsnip strips. Makes about 3/4 pound.

CURRIED MACARONI CRISPS: In a large saucepan of boiling salted water, cook the macaroni until it is tender and churn it very well. (do not rinse it). Spread macaroni out in a well-oiled jelly roll pan and let it cool, tossing it to coat it with oil in the pan. In a kettle, fry the macaroni in batches in 1 inch of 350F vegetable oil for 2 minutes, or until it is pale golden . Transfer it with a slotted spoon to paper towels to drain. In a small bowl, combine the curry powder, the salt and the cayenne. In a bowl, toss the macaroni with the sesame seed oil, add the curry mixture, and toss the mixture well. Makes about 3 cups.

SPICED ENGLISH MUFFIN TOASTS: Brush a large baking sheet with some of the butter, arrange the muffin slices in one layer, touching , on the sheet, and brush them with the remaining butter. Bake the muffin slices in the upper third of a preheated 375F. oven for 15-20 minutes, or until they are pale golden. In a small bowl combine well the aniseed, the cinnamon, the allspice, the sugar, and the salt, sprinkle the mixture over the toasts, and bake the toasts for 4 minutes more, or until they are crisp and golden brown. Makes about 76 toasts.

GARLIC ROSEMARY BAGEL CRISPS: Arrange the bagel slices in one layer on 2 large baking sheets. In a blender puree the rosemary and the garlic mixture with the oil until the mixture is smooth. Brush the slices with the mixture, sprinkle them with the salt, and bake in a preheated 350F oven for 15-18 minutes, or until they are golden. Makes about 1 pound.

CUMIN COCONUT CHIPS: With an ice pick or a skewer, test the 3 eyes of the coconut to find the weakest one and pierce it to make a hole. Drain the liquid into a bowl and reserve it for another use if desired. Bake the coconut in a preheated 400F oven for 15 minutes, break it with a hammer on a work surface, and with the point of a strong small knife lever the flesh out of the shell carefully. With a vegetable peeler peel thin 1 inch long slices of coconut. In a bowl toss the coconut slices with the lime juice, the cumin, the cayenne, and salt to taste until they are coated well and bake them in a jelly-roll pan in the middle of a preheated 350F. oven, stirring occasionally, for 12 -15 minutes or until they are golden. Makes about 2 cups.