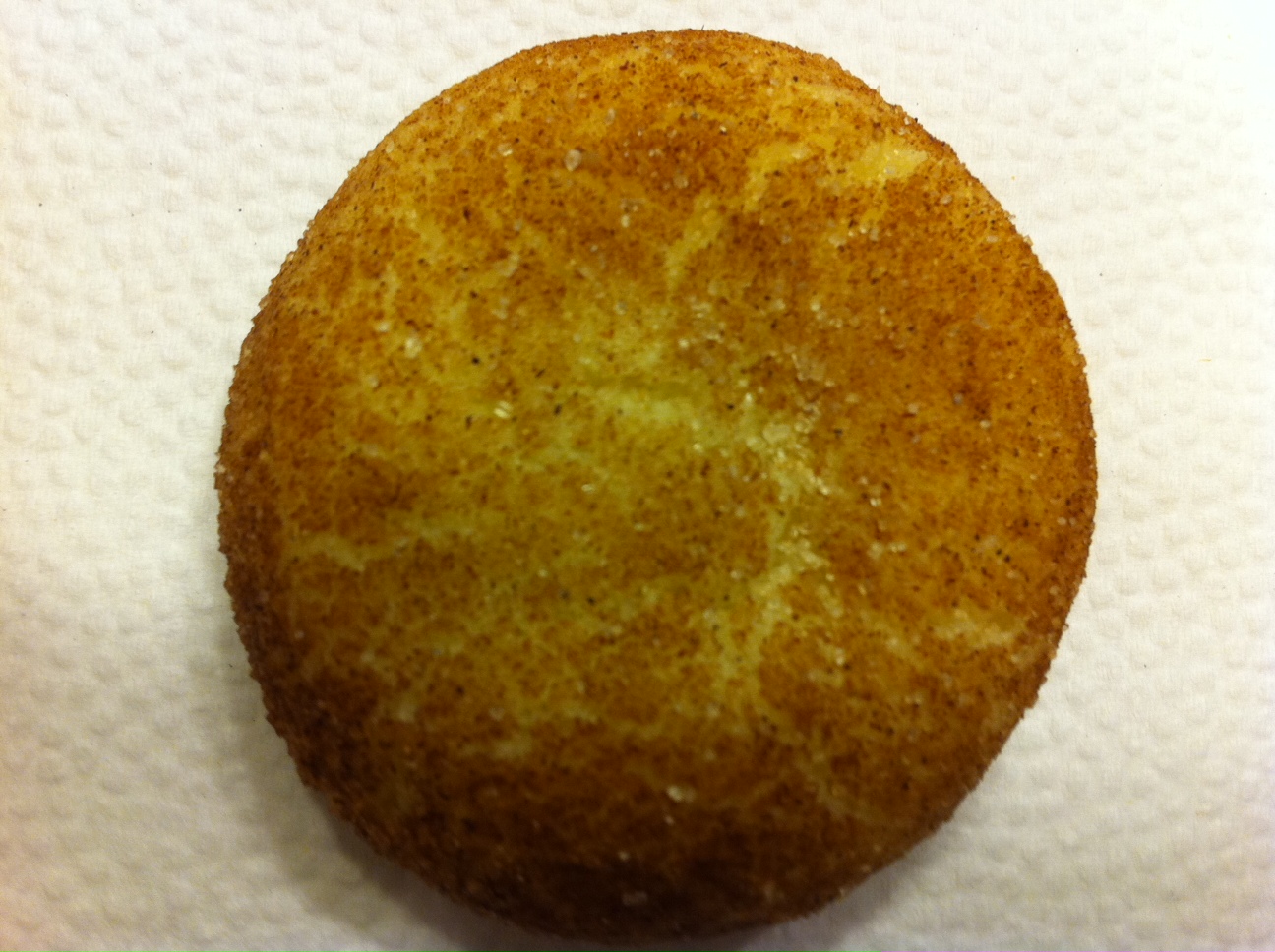 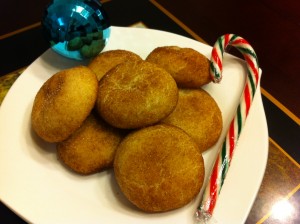 I’ll be rockin’ your taste buds with this adaptation to the traditional yet delicious sugar cookie.  I thought I would take my Uncle’s lead and start with a more basic yet delicious cookie called “Snickerdoodle”.  Nobody knows (…the trouble I’ve seen…Nooooobody knows  my sorrow…ok ok…) nobody knows where the Snickerdoodle originated but it was first recorded Europe. There are many theories of how the Snickerdoodle got its name. Some of the most accepted are that it originated by the adaptation of the German or Dutch words that mean, “Snail-like Shape”.

As you might be aware, Snickerdoodles are a very simple sugar cookie and not a challenger to make, so great to do with kids. They have a sweet cinnamon taste and are a great cookie to have at Christmas time. You are able to make these cookies soft or hard depending on your preference. I have always loved my sugar cookies soft and chewy so I strongly recommend that method.

My Guinea Pigs (also known as my family) enjoyed this recipe very much and said these cookies were a keeper for next year. While basic in nature, the combination of simple tastes and soft chewy texture made it difficult to stop eating.  I hope you enjoy them as much as I do…

While there are lots of recipes out there for Snickerdoodles, the following one was a hybrid of a few I found on the web.

In an electric mixer I beat the butter on medium speed for 30 seconds or until smooth.  I then added the sugar, baking soda, and cream of tartar.  I once again beat until combined, scraping sides of bowl occasionally.  Once combined, I added the egg and vanilla until they were well blended, after which I added flour and continued to blend until fully mixed, about another 3 minutes.

Remove the dough from the mixer and mould it into one large ball shape with your hands. Cover the dough ball in plastic wrap and put in fridge for an hour.  While the dough sets, I combined the granulated sugar and cinnamon in a bowl.  Once the hour is up, I shaped the dough into 1inch balls and roll in the cinnamon and sugar mixture and placed the balls 2 inches apart on an ungreased cookie sheet.

Bake at 375 degrees for 10-11 mins or until lightly brown on the edge (longer if you want them hard and crispy).  Once done, remove and place on a cooling rack and enjoy!