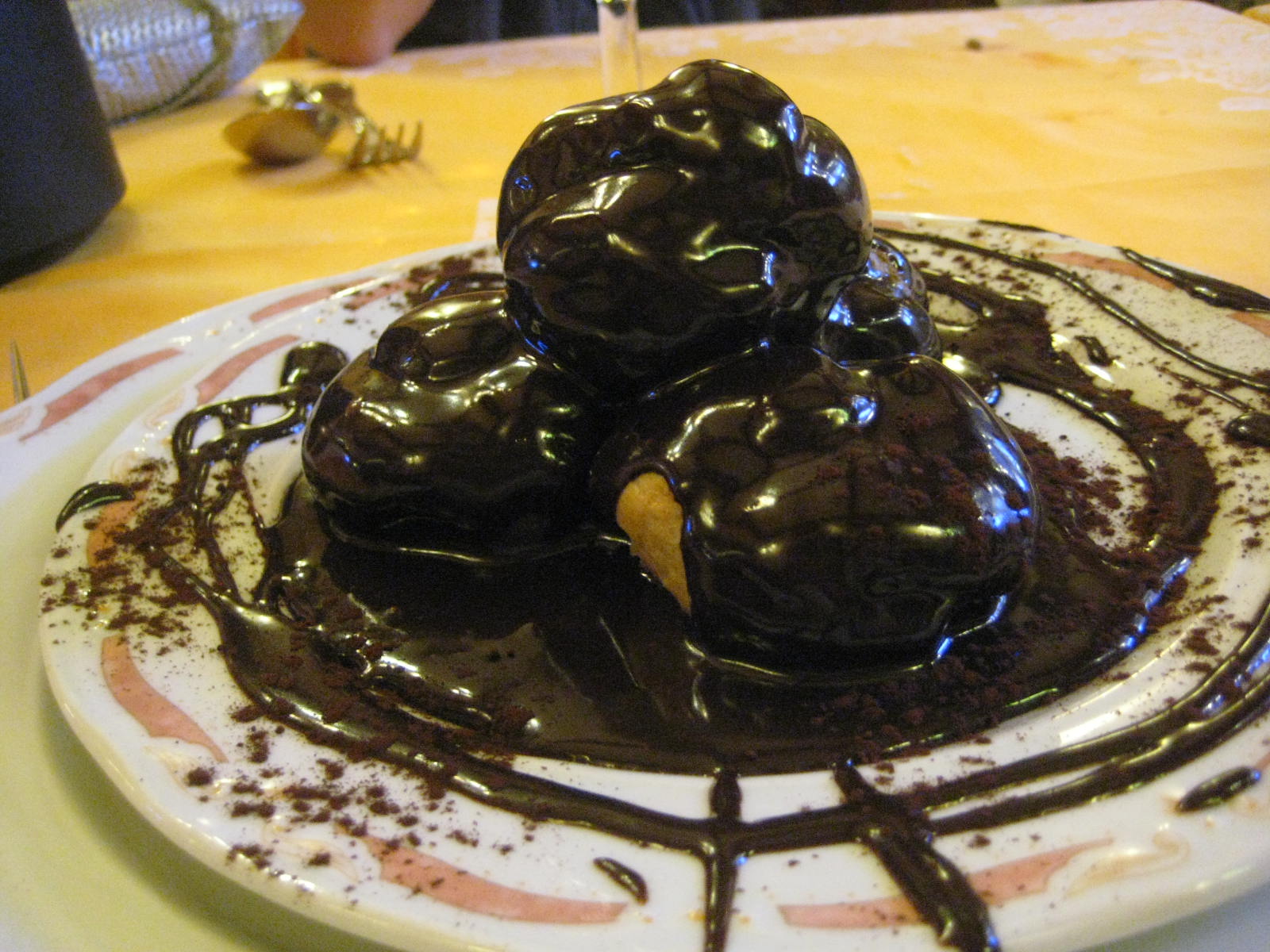 It was our last night in Florence.  Knowing that I would leave my traveling companions at 5 am for long day of trains, planes and automobiles back to Canada, I very nearly settled for an apple and yogurt and a good night’s rest rather than venture out for dinner.  After all, we had been to many beautiful restaurants in the past week including the jazzy Golden View Open Bar, the scenic Borgo San Jocopo in Florence and the elegant Mirabelle in Rome. I had been enveloped in art and history and spoiled with delicious fresh food and lively conversation all week.  I was sated…or so I thought.

At the last minute, feeling surprisingly organized for my journey and not quite ready to say goodbye, I decided to partake after all.  It was a casual dress night and there was no intention of venturing too far from the hotel.  There must be something decent and not too extravagant close by.  And so the ritual begins, wandering the streets in 38 degrees of heat with the mosquitoes an ever present threat, looking at menus and turning them down one by one – too much fish, not pizza again, full of cigarette smoke.  Here’s a bright idea – let’s ask our concierge.  Il Profeta is recommended and luckily this neighbourhood hotspot has a table available in 10 minutes.  We’re booked! 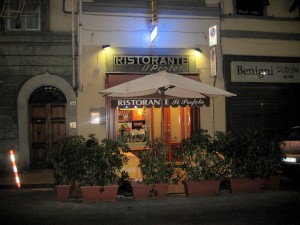 Upon arrival we are greeted by Martina and seated near the front of the establishment.  Shortly, the very friendly owner, Claudio approaches us and offers to converse in Italiano, English, Francais, Espanol or Deutsch each represented by a digit on his left hand.  We tell him English but he presses the wrong finger and we get a mouthful of Spanish – not literally (it’s rough when they get stuck between your teeth) .  We tell him, he’s mistaken and he corrects it with the German finger – again not literally (he does want to keep his customers) He clearly has a very good sense of humour. 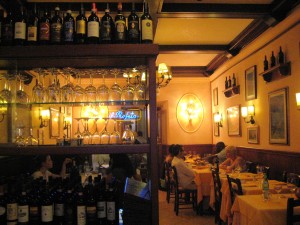 In each of our minds, we have already decided what to order but it all changes when the Renaissance portion of the menu and the regional main dishes are described.  The teenagers are quizzed on their knowledge of various crustaceans, organ meats and regions of Italy.  Not only do they receive 100% on the oral exam, we get to hear a story about a lady who loved her tripe until she realised what was in her tripe…. or at least it was for a few minutes.

Ok, now for what we actually ate!  The selection of antipasti we ordered included Antipasto Rustico (a variety of Tuscan specialties), Rucola Salad with Cheese and Pinenuts.  The portions were generous and everything was tasty.  The twist here was the unexpected pleasure we all found in the olive oil.  Yes, the olive oil.  I would have never thought it possible that I would describe any unseasoned oil as delicious.  It was DELICIOUS.  The restaurant purchases a small quantity through an agreement with the producer so it is not for sale to the average customer like us, unfortunately.  We would have bought a case! 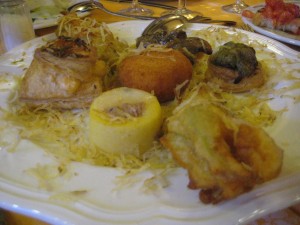 All of the main dishes were rustic and relatively uncomplicated yet extraordinary. Il Tegamino di Melanzane alla Parmigiana was shrimp in a rich cheesey tomato sauce – ooey gooey seafood goodness. 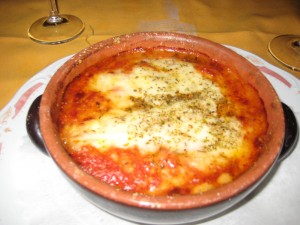 Gli Straccetti di Manzo al Radicchio e Borrettane was sliced beef sirloin heavily drizzled with a concentrated balsamic vinegar reduction.  It looked like chocolate and was just as decadent.  This impressive dish was made for those who adore the tang of a great balsamic. 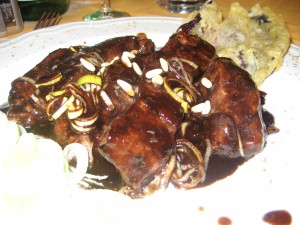 When Claudio warns you not to eat all of the Gratinato del Granuca or you’ll be sick, it’s not an indication that the food is bad.  In fact, it’s quite the opposite case with this one.  It should be called the “Heart Attack” – creamy pasta, covered in cheese, served in a bowl made of, well, cheese.  It is one of their Renaissance delicacies that try to recreate an ancient flavour by combining ingredients in use since the 17th century.  Although not cheap at 27.50 Euros, it was outrageously good and ended up being our Florentine favourite, hands down. 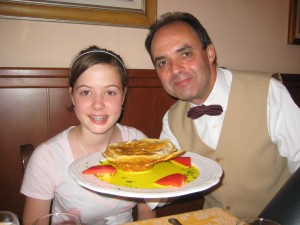 After a complementary glass of the most naturally fruity yet intensely citrus Lemoncello , somehow, half of our party has room for dessert.  Profiteroles and Crème Caramel, please.   Has Claudio heard the family mantra “Must Keep Eating”? He must have.  The desserts arrive accompanied by gratis Tiramisu and Lemon Pudding. The other half of the party obviously has new Italian waistlines to maintain. 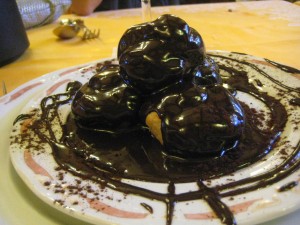 This meal ended up being one of the highlights of the entire trip.  Claudio and Martina’s recipe for a successful restaurant is fresh, local, traditional food served in a warm, welcoming atmosphere.  I wouldn’t have got that having an apple and yogurt in bed back at the hotel.  And if I hadn’t gone, it would most certainly be relayed countless times to me as the most colossal lack of judgement ever made. I’ve made bigger mistakes.  But I’m relieved I didn’t pass up the opportunity to enjoy this fabulous restaurant.