Italy – The Market in Chiusi 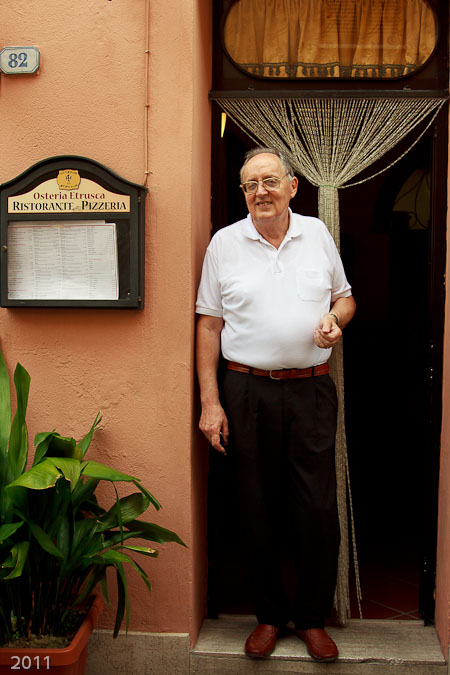 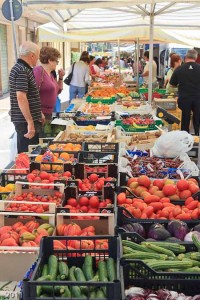 On our first full day of recovery from our air travel to Italy our first stop would land us at a local market in Chiusi, Italy*. (You can see our trip tracked by GPS with additional photos via the link). We are staying in Paciano, Umbria and Chiusi is right at the border of Umbria and Tuscany.

The market was somewhat different than most of the farmers markets I have seen in the US but had many similarities. The markets move from city to city with the vendor trucks while the streets are closed off for half the day. They sell anything from produce, to lingerie to customized meats from a butcher. The produce was noticeably fresh and of good quality but it was the conversation and people that we found most interesting. Italian is such a beautiful language. 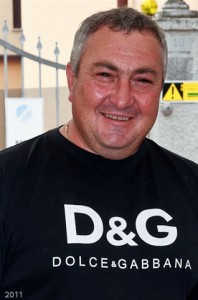 This produce vendor started talking to us in Italian and then went down a list of several European countries until he said “Oh Americano”. I do not wear shorts and purposefully try to blend in. He then posed for my shot probably believing I was a well known photographer with my gear. I have to say his fresh cherries were delicious but he subliminally advertised that D&G logo which lead to a watch purchase later in our travels.

Wrapping up at the market we made our way up the hill to the old part of Chiusi determined to have our first meal at a restaurant. We found a small place that offered pizza during mid-day. We did not realize that many places only offer pizza in the evening as part of a light dinner with the heavier meal mid-day. For some the reason may come down to economics as many of the pizza ovens are wood burning and they may only want to start that once a day during the heavier pizza traffic. This ristorante Osteria Etrusca was the perfect way to start off our first meal in Tuscany. A table out on the street made it that much more fun. After hearing so much about pizza in Italy for so many years we decided to dive right in and order one each. One order with prosciutto and the other with a salami topping.

The pizza was amazingly different from those we have had in the past. The crust almost paper thin, the tomato sauce flavorful but with a thin coating and the cheese just seemed better. Even with the meat on it, the pizza was not oily like many American pizzas. Perhaps this has something to do with the cheese not having as much fat. While Elaine may have wondered how she can eat all of that, I must say it seemed large but was so thin you did not notice it. Elaine however did decide that she would not have prosciutto on her pizza again. As we all know it can be a little tough to eat and she enjoyed the flavors without the meat better. Guess who got the prosciutto as there was no sense in leaving that to waste. It would have been nice to have tried the many other menu selections at the restaurant because it was clear that the food here was something not just for tourists. The house wine was also good as was the cold beer that I enjoyed. If your travels take you through Chiusi, we do not think you will be disappointed by the good service and food at Osteria Etrusca. 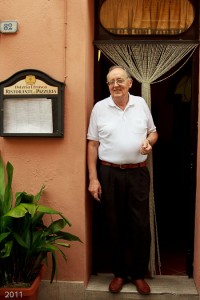