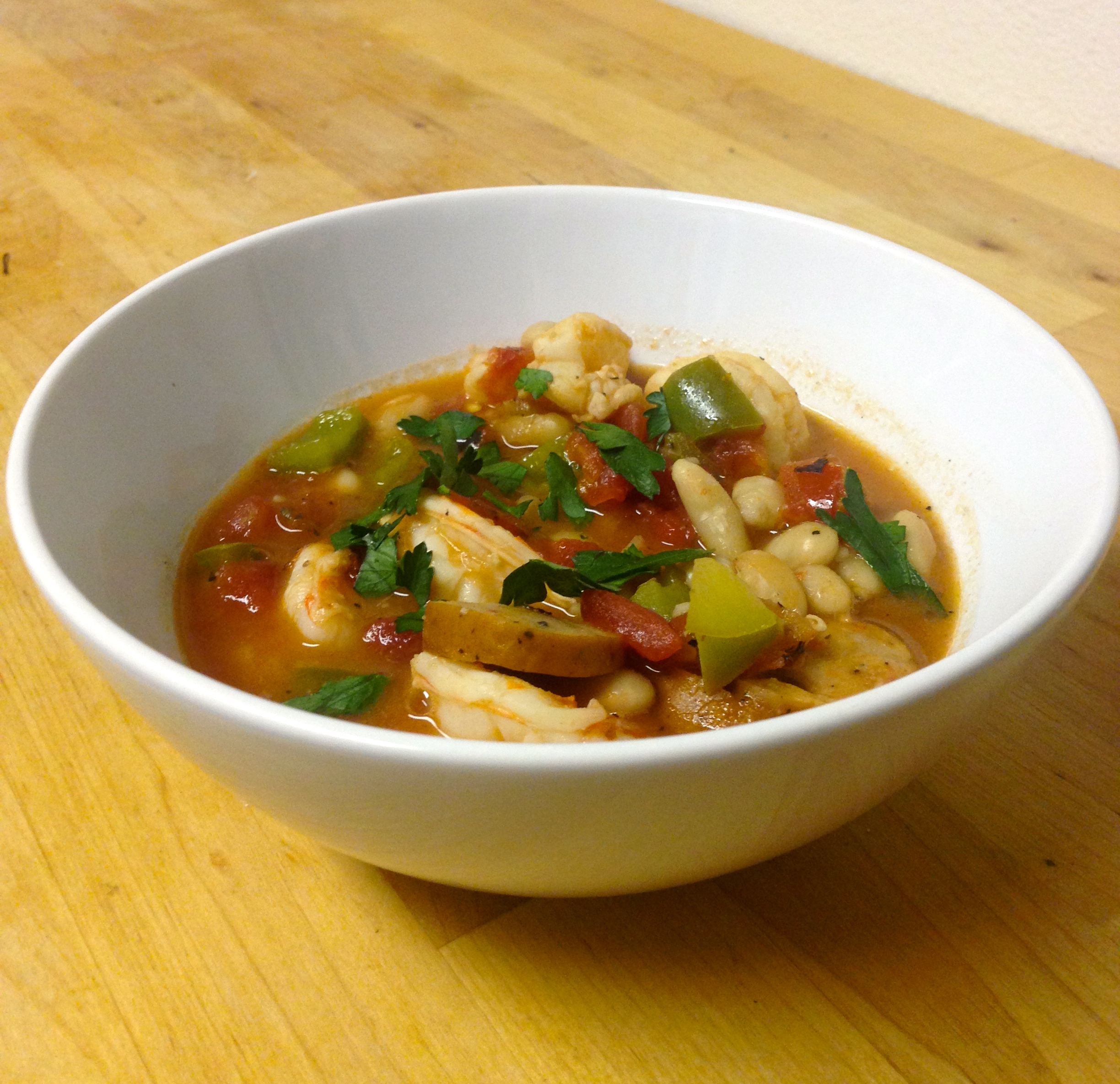 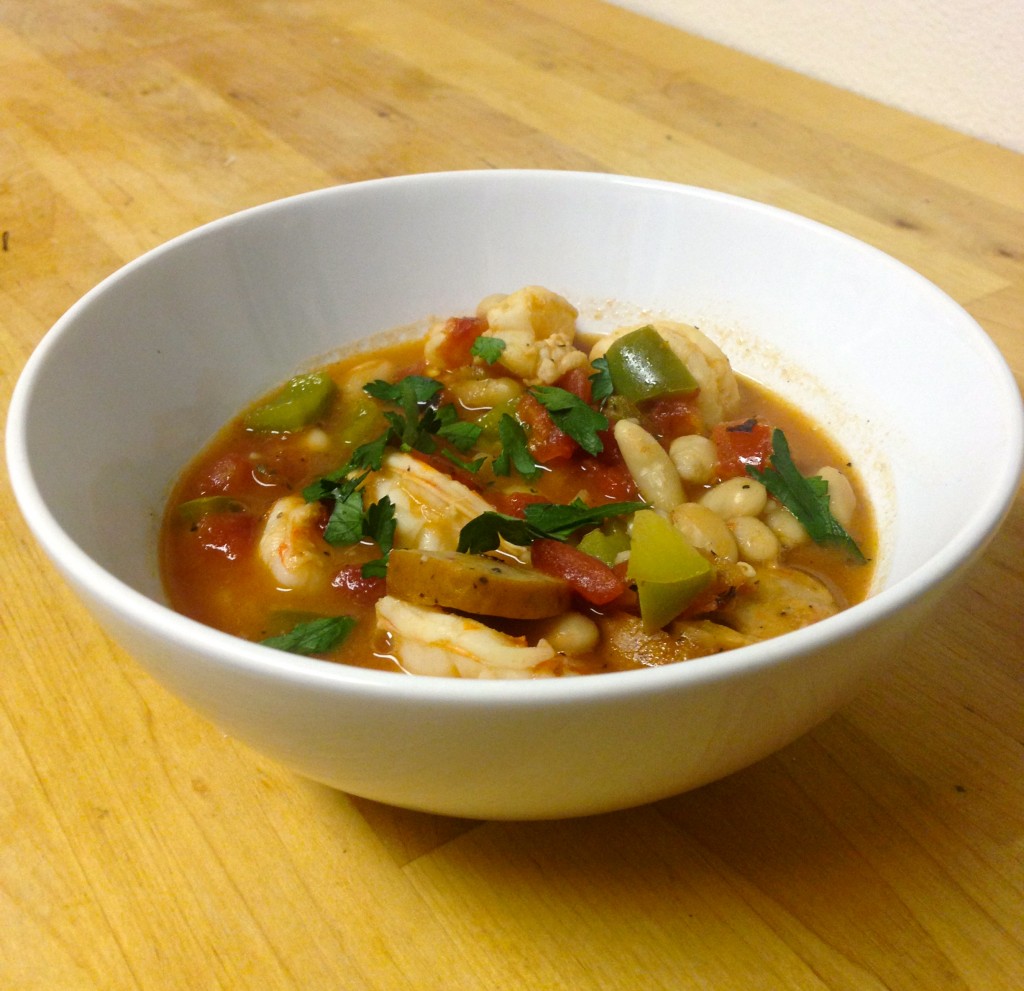 Lately I’ve been under the weather and drinking plenty of fluids and downing lots of chicken noodle soup. As much as I love some  of Wolfgang Puck’s organic chicken noodle soup, it gets pretty boring after a while. Today I was dying for something with more of a kick, so I turned to Cooking Light for something that would give me flavor but wouldn’t be too heavy.

I made a few slight changes to the recipe. First being that I replaced kidney beans with cannellini beans. I just personally enjoy them more. I also added a little bit more chicken broth and diced tomatoes. This made my “stew” a little more soupy. The turkey sausage I found at Whole Foods was roasted red pepper flavored which I think added some more heat to this recipe. One bowl cleared up my sinuses really fast! Even though I’m not feeling 100%, this was a very easy stew to throw together. Much more satisfying than a can of soup. 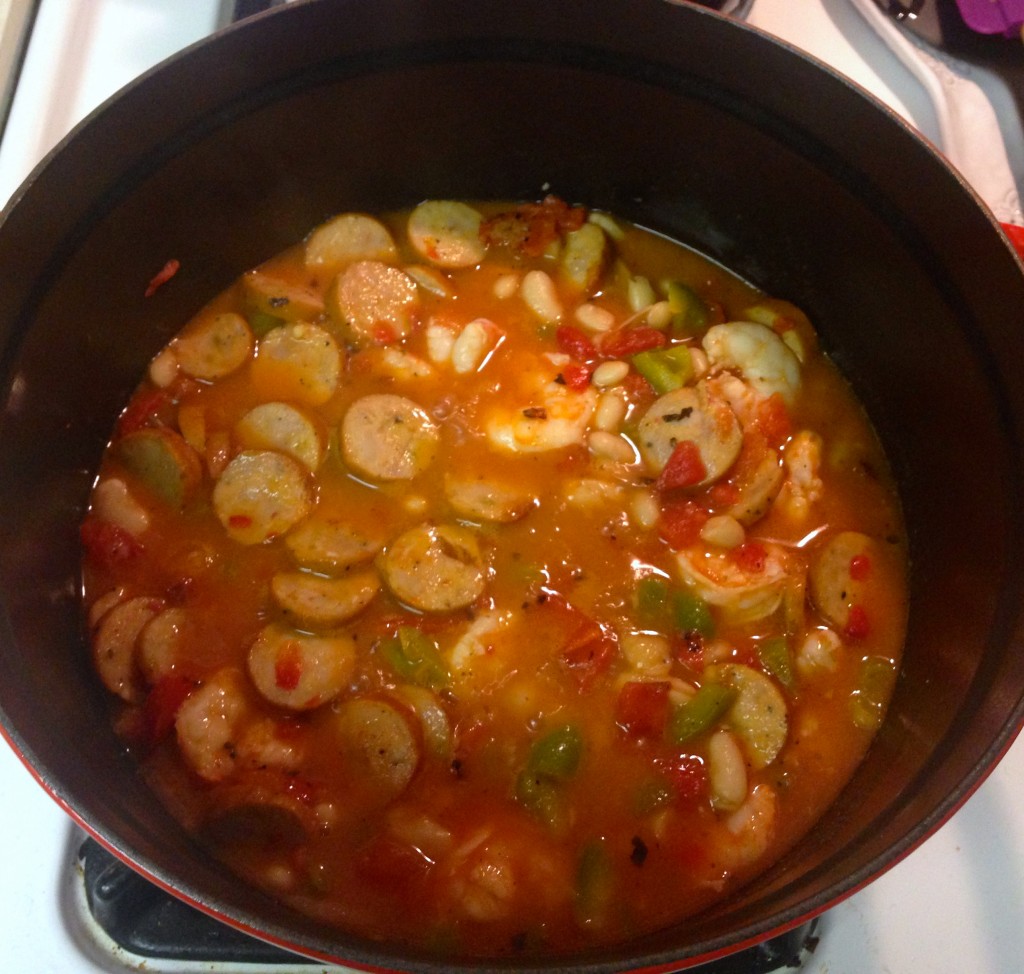