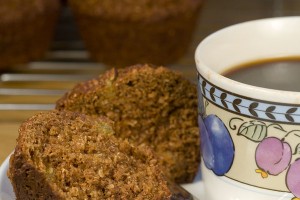 I am not sure why, but I woke up the other day wanting a bran muffin. I can’t remember the last time that I made one or even bought one. Bran muffins come in all shapes and sizes with regard to nutritional value. A Starbucks bran muffin is reported to have 420 calories. Dunkin’ Donuts has a whopping 480 calories. With those numbers you might want to think twice before you grab one. Let try to cut that down and make our own to control some of that fat and sugar content.

Now that I decided to bake them, I needed to decide on a recipe. I pulled out the Three Meals a Day cookbook and found a recipe for bran muffins. Why not give that a try and then do a bake-off with another recipe or something from scratch. Off to the kitchen we go to start on the first version.

The first thing I noticed in the historic recipe is a requirement for sour milk. I checked the refrigerator and could not find a diary product named sour milk. I wonder if they sold that in days past or it was just exactly that, sour milk. In the depression years there was no waste so incorporating it in recipes where it would not matter seemed smart. A little further research and I found that I could make sour milk by adding a tablespoon of vinegar or lemon juice to whole milk and let it sit for 15-20 minutes. The milk did not curdle a much as I expected, but we proceeded on.

This recipe called for bran so the next question was what kind of bran; oat or wheat. They both have benefits although they differ in many ways. We decided that we would proceed with wheat bran. I opened the box and wondered again why am I doing this. This looks like a someone filled this box with sawdust and lumber slivers. Flour was looking a lot better at this point.

The recipe was simple to make and we used golden raisins for our fruit (dates are also suggested in the cookbook). The muffins have very hearty textures with the raisins providing a sweet burst of flavor in contrast to the rough texture and flavor of the bran. Butter can do wonders to help out here but add calories. Overall my evaluation of this historical recipe was that it performed as advertised but we can do better today. These muffins did come out with a score of only 150 calories each and only 3g of fat. Maybe that is why we were a thinner nation in years past. Our next post will have an updated bran muffin that tries to improve flavor and texture while maintaining a low fat and calorie count. 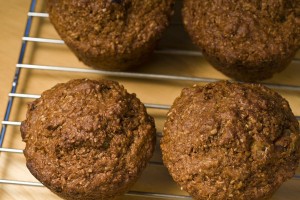 Sift all dry ingredients except the bran into a bowl; add bran and fruit. Next beat the egg in a small bowl and then add the milk and molasses mixing together. Mix the milk mixture quickly into the dry ingredients followed by the butter. Spoon the mixture into buttered tins and bake at 400F for 25 minutes. 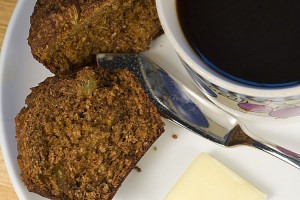