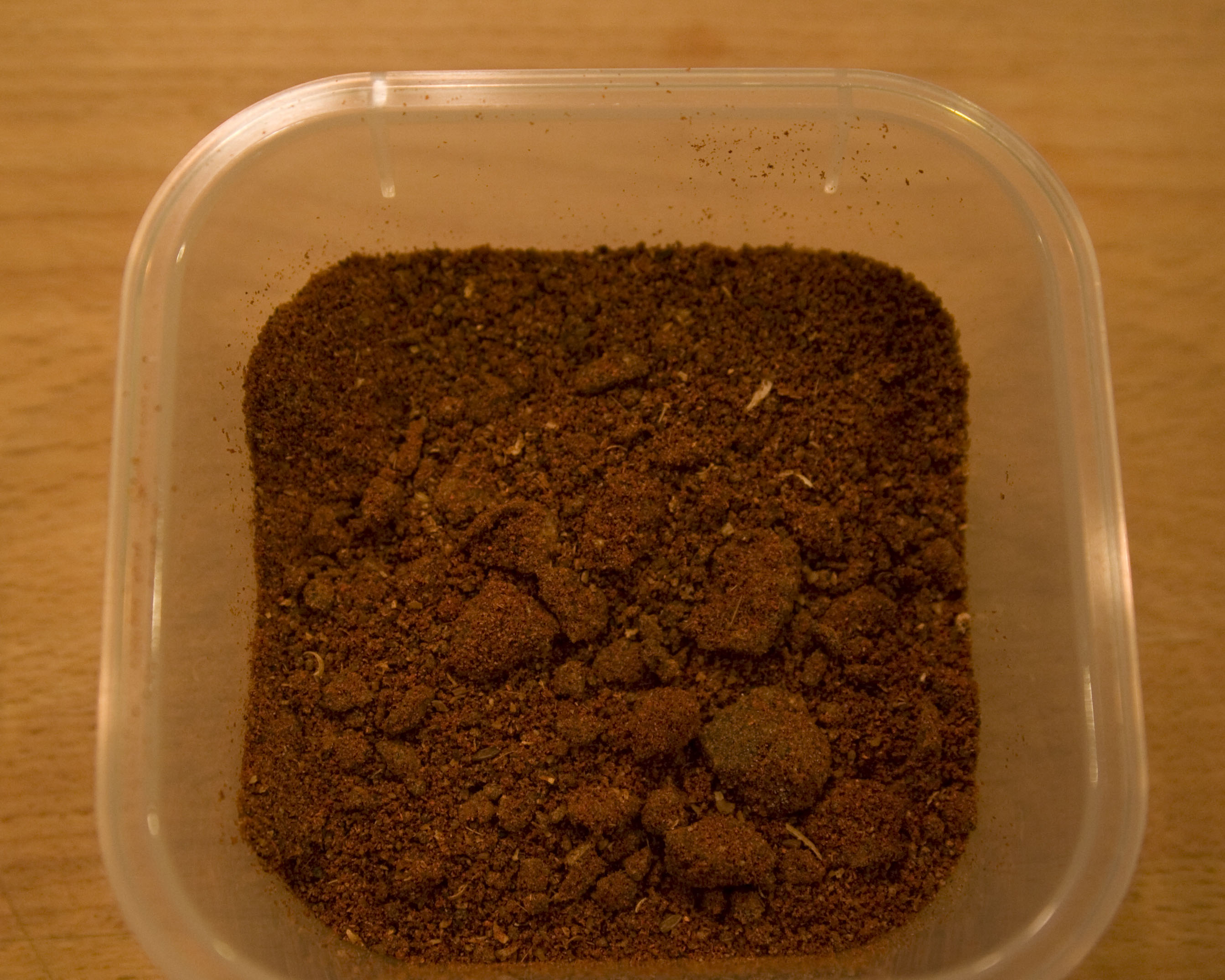 We are continuing to progress through The Complete Middle East Cookbook

and found an interesting spice in the Gulf States section. The mixed spice is Baharat and is an ingredient for the recipe Batata Charp with meat filling in the Iraq section. It looked like I had all the ingredients to make the spice except one; Cassia Bark.

I have never heard of cassia bark before so I was going to have to do without or figure out a substitute. A quick google search lead me to the Gourmet Sleuth website for answers. It explains that it is a bark similar to cinnamon, but darker. The spice is represented as cheaper than cinnamon but I am not sure that would be the case here in the United States. So any ground cinnamon substitute should work as a substitute. If it was only that easy. The recipe calls for a 1/4 cup of cassia bark. How much ground cinnamon is that? My answer was to take out cinnamon sticks and put them in 1/4 cup and weigh it. The cinnamon sticks came to 1/2 oz. So I will use 1/2 oz of cinnamon as the substitute. Here is the recipe to make a yield of about 2 cups:

Place the first six ingredients into a blender and grind to a powder. I use a basic coffee grinder to grind my spices. I also cut my quantities of spices to 1/4 of the above which just fit my grinder. You may need to mix it all together and grind in batches. Next grate the nutmeg and blend into the spices and add the paprika (Note: If you are using ground cinnamon instead of cassia bark blend it in at this stage). Store it in an airtight jar or container.